Explore The Mysterious Mansion, The Room Is Full Of Coffins 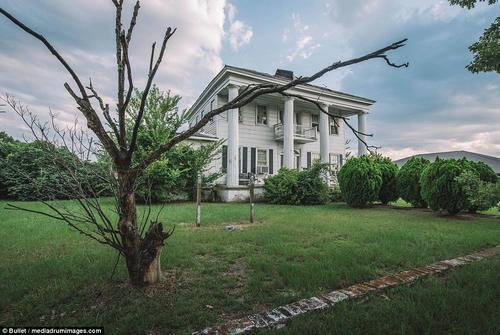 According to the "Daily Mail" reported on August 22, the United States Alabama has a mysterious mansion abandoned for many years, a city explorer into which to explore, took a group of photos. The picture shows the exterior of the mansion.

This mansion was built in the early 19th century, and a doctor was its first owner, the only place in the town where drugs could be bought. Later, the doctor sold the mansion to a furniture seller. But in the end, the owner of the mansion suddenly left mysteriously, leaving a lot of daily necessities to take away.

The picture shows the living room of the mansion, you can see that the owner's daily necessities have not been able to clean up, and the clothes are not even taken away.

The picture shows the anti-corrosion room, and the instruments of the year are still stored here. Today, whether it is a residence or a funeral home, it has been abandoned for many years, and only curious explorers will be interested in it.

The explorer who took the photo nicknamed "bullet", he said: "I want to share with people a place they may not believe, especially those abandoned coffins."

Many items in the mansion retain the way the owner left, but there are also signs that tramps or scavengers have broken into it, causing some damage.

This human anatomy is discovered by the explorer in the room that acts as a funeral home. Why was this mansion abandoned in the past, and where its owner went, it is still unknown.

Previous: Eighty-year Old Man Sleeps In The Coffin For 23 Years

Next: Korean Woman Sleeps In Coffin For Transshipment,suffocated After A Night